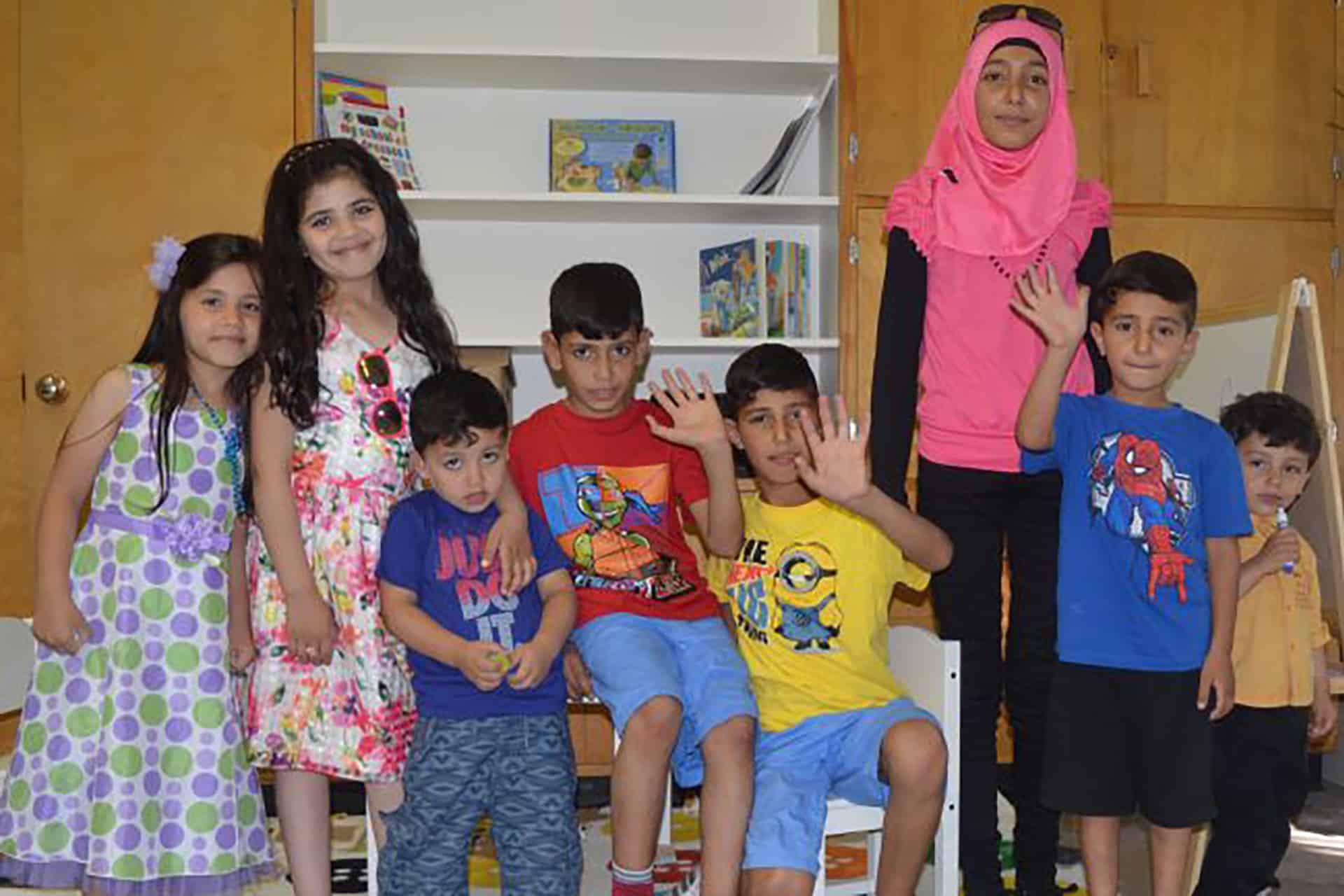 Her English may still be limited, but 11-year-old Aya Hamadi had no trouble communicating her feelings about her new life in Canada.

And, the message the young Syrian refugee scrawled on a white board was clear and concise: “I love you, Canada.”

Six weeks after arriving in Canada, Aya and her family made a public appearance during an open house held at the Cape Breton Island Centre for Immigration’s new location at the New Dawn Centre for Social Innovation (former Holy Angels High School).

The Hamadi family, that also includes father Ahmad, mother Jihan, and brothers Mohammed, Oubai, Kusai and Oudai, are sponsored by Sydney’s St. Margeurite Bourgeoys Parish and has resided in Sydney since arriving in Cape Breton on June 7.

A second Syrian family was also at Thursday’s open house that saw the two families interact with members of the local community. The Alasfar family, that includes two girls, Huda and Ghena, and a boy Mohamed, are living in Sydney Mines.

Although there was plenty of adult conversation, much of it facilitated through translation. It was the children who stole the show and inevitably became the centre of attention as they wandered the room and enjoyed themselves in the play area.

And, while shy at first, the kids soon warmed to the camera and were all smiles as they enjoyed the attention.

The new immigration centre, hosted by New Dawn Enterprises, was allocated $175,000 by the province. Since it opened earlier this year, it has hired two settlement counsellors, Gina Kokoska and Sohaila Abdo. The latter came from Egypt to study at Cape Breton University and has helped with the families before joining the immigration centre as an official caseworker.

“We’re friends now – we’ve bonded together,” said Abdo said. “It makes it easier for them when there is somebody who speaks the same language and cares about them.”

With the Cape Breton University business administration graduate providing the interpretation, the children said they enjoy living in Canada.

Across the room, the two Syrian fathers stood together speaking Arabic. But they were only too happy to use Abdo’s translation skills to communicate with those who wished to chat.

Both fathers made it a point, on behalf of their families, to express their gratitude to their sponsors and to the Cape Breton communities that have welcomed them to their new home.

Mr. Alasfar, whose family arrived in early March, is already working two jobs on the Northside, while Mr. Hamadi is still in the process of “settling in.”